Yoga will emerge as a mighty world power; it is the need of today and the culture of tomorrow and will change the course of world events.
Swami Satyananda Saraswati

Swami Satyananda envisioned that yoga will emerge as the need of society at large. He structured the vision of Swami Sivananda, the philosophy, practices, application and lifestyle into a very practical and scientific system we have called Satyananda Yoga as a tribute to the work of our guru, Swami Satyananda.
Swami Niranjanananda Saraswati

SATYANANDA YOGA® is an internationally renowned holistic system of yoga developed by Swami Satyananda Saraswati and his lineage which incorporates practices derived from ancient and traditional sources, yet adaptable to the needs of today.

Suitable for everyone, from beginners to adepts, it is not limited to any one culture, tradition or religion, political belief or social customs. The wide range of practices suit all ages, sizes, all levels of physical fitness and all lifestyles. It is authentic, scientific and systematic, and provides the tools for developing a balanced personality, on all levels (physical, mental, emotional, social, psychic, and spiritual), and awakening one’s dormant potential.

The efficacy of Satyananda Yoga has been scientifically proven countless times and is beyond reproach as it has been researched and documented for many years. Its integral approach and multifaceted branches offer the individual a wide choice of paths to formulate a practice to suit their own needs.

First is hatha yoga, which manages the body and keeps it healthy as it balances the two powerful energies of ida and pingala Next is raja yoga whose aim it is to manage the senses and control the modifications of the mind. This is followed by kriya yoga which explores one’s inner potential and accesses the psychic and intuitive levels of the mind and beyond.

These three branches of yoga enable one to become an observer and master of one’s thoughts, speech, actions and behaviour. They are known as bahiranga yoga, (the outer or external yoga), which aims at self-perfection.

Simultaneously, Sri Swami Satyananda trained aspirants in karma yoga in which one cultivates the qualities of adapting and adjusting to people and circumstances. In karma yoga, one performs actions without being attached to them or to their results, and discovers ways to learn from every experience.

Next in the sequence comes bhakti yoga, where one is trained in how to manage the emotions, keep the mind positive in all situations, and connect the lower mind with the higher mind. Jnana yoga is then practiced so as to deepen one’s awareness, and to see the Self in all, and the all in the Self. In ancient Greece it was known as “Γνώθι Σ’ Αυτόν” which translates into, ‘know thyself’. It is the yoga of knowledge and wisdom which is fostered and inspired in an ashram environment.

These three branches of yoga make up the antaranga yoga, (inner yoga); it is the expressive yoga. Through the practices, we change our attitude, our mentality and outlook, and find ways to express our creativity and discover the aim of life.

According to the prominence of your qualities, one type of yoga should be selected as the main yoga. This means that you may be a raja yogi, a bhakti yogi or a karma yogi but alongside the yoga you have chosen, you practice other forms of yoga also.

The wide range of practices and philosophies provide useful tools that can be easily integrated into one’s lifestyle. To this end, Satyananda Yoga utilizes the shatkarmas (cleansing techniques) to detox the body and mind, asanas (postures) to balance the body and mind through the physical body, pranayamas (techniques using the breath to control the flow of prana in the body); to unblock and expand the dimension of prana in the energy body.

Relaxation and meditation techniques are used to calm and focus the mind as well the application of yamas and niyamas. The yamas and niyamas are not teachings on ethics and morality, rather they represent attitudes and states of mind which bring harmony, balance and uplift us and others, and keep the mind positive.

The uniqueness of Satyananda Yoga is that it is an evolving yoga; it is a living yoga. There is no watering down of yoga, no combination with other approaches, no ‘supermarket yoga’. It is free of any religious, racial or political orientations, and does not conflict with individual beliefs.

The Satyananda approach incorporates the whole person, not just the body. There is an emphasis on awareness and practitioners are encouraged to learn about all aspects of their personality through the different branches.

Satyananda Yoga is often referred to as the yoga of Head, Heart and Hands, the integration of which is necessary for the development of human potential. The head represents the thoughts, the heart represents the emotions, and the hands represent creativity in action. The true or highest state of yoga is achieved when these three aspects are balanced and connected.

Despite initiating yoga training, Sri Swamiji was not a teacher of yoga; rather, he was the engineer of life and used yoga as a tool to enhance the qualities and faculties of life. In this context, he also made it clear that yoga should be understood in the right perspective.
Swami Niranjanananda Saraswati

Sri Swami Satyananda explained that the journey of yoga begins with abhyasa, (constant and steady practice) and in time evolves into sadhana, (continuous effort) which over time evolves into a lifestyle, and finally emerges as a sanskriti, or culture.

The first level is where yoga is understood as a practice, where yoga is used for personal gains and needs without the necessary awareness of how one can use yoga to consciously, sequentially and progressively improve the quality of one’s life.

The second level of yoga practice is known as yoga sadhana, whereby one tries to experience and attain the goal as set and defined by yoga. Yogic goals are very clearly defined as cultivating awareness, disciplining and restructuring the personality, managing the mental and emotional distractions and disturbances, and becoming the observer of one’s life and actions. These are the initial goals of yoga. When one focuses on these goals and strives to achieve them, this is yoga sadhana.

The ultimate purpose of sadhana is concerned only with practical methods of unfolding and awakening the potential already existing in every person’s being, and transforming life into an expression of joy
Swami Satyananda Saraswati

The third level is when yoga, after having become a sadhana, converts itself into a lifestyle. One begins to live the principles of yoga on a moment to moment basis. One does not need to find a separate time to practise yoga, as one’s life becomes an expression of living in accordance to the ideals and principles that yoga adheres to.

The fourth level is the yogic culture; when one begins to radiate yoga. One radiates the purity of yoga, the shanti of yoga; one radiates the attainment and perfection of yoga. One’s thinking, actions and behaviour reflect a certain code of conduct through which dharma becomes established in one’s life.

This sequence of yoga, which Sri Swami Satyananda defined as ‘progressive yoga’, was created keeping in mind the guidelines given by Sri Swami Sivananda that yoga should develop the human mind, the human heart, and the human creativity (i.e. head, heart and hands).

SYAE was formed in 2004 under the direction of Swami Niranjanananda Saraswati. Its aim is to ensure the source of origin and high quality of teachings of Satyananda Yoga in Europe and by maintaining the integrity of the original teachings of Swami Satyananda Saraswati. The current programs of SYAE are run in accordance with the directives of the Bihar School of Yoga. All teachers of the Academy undergo regular training at the Bihar School of Yoga in Munger, India.

The European Satyananda Yoga Family (ESYF) is a network of dedicated European Yoga Centers, Acharyas and Teachers trained in the Satyananda System of Yoga.

The ESYF Website introduces the teachings and institutions of Satyananda Yoga in a systematic way and provides information about important events and seminars and Yogic Studies.

Symbol and meaning of the Satyananda Yoga Logo

The symbol places within a sphere the sun and the moon representing the two principle energies of creation, ida and pingala, which meet at ajna chakra. Within the sun and moon are their bija mantras, ham and ksham.

Yoga has come down from the caves and mountains into the research laboratories of scientists and doctors, and from there it has entered mainstream society and is being used to improve health and well-being.

Today Satyananda Yoga has been successfully assimilated into many areas within modern society in many countries. It helps people in prisons, schools, universities, industries and corporate business sectors, homes for the elderly, businesses, airlines, the armed services, drug rehabilitation, athletics and hospitals, etc.

Satyananda Yoga emphasizes the importance of being of service in order to progress in life. Its humanitarian ethos aims to support the poor and those in need. It provides tools for individuals to enhance their skills for living and their ability to make a responsible contribution to the development of human society.

Satyananda Yoga also gives one the opportunity to experience the benefits of ashram life. An ashram is a place where one learns to handle the vicissitudes of life with equanimity through developing a stronger and more capable mind. One also gains practical experience and a deeper understanding of yogic philosophy and psychology in an ashram.

Publications over the past 50 years have exceeded 1000 books which have been authored by the masters and devotees of this tradition on all aspects of yoga including history, philosophy, psychology, ethics, health management and spiritual life.

These books are complimented by thousands of published articles and the publication of the monthly magazine Yoga and others.

Most of the material is readily available to the public. 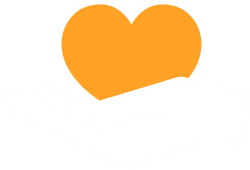