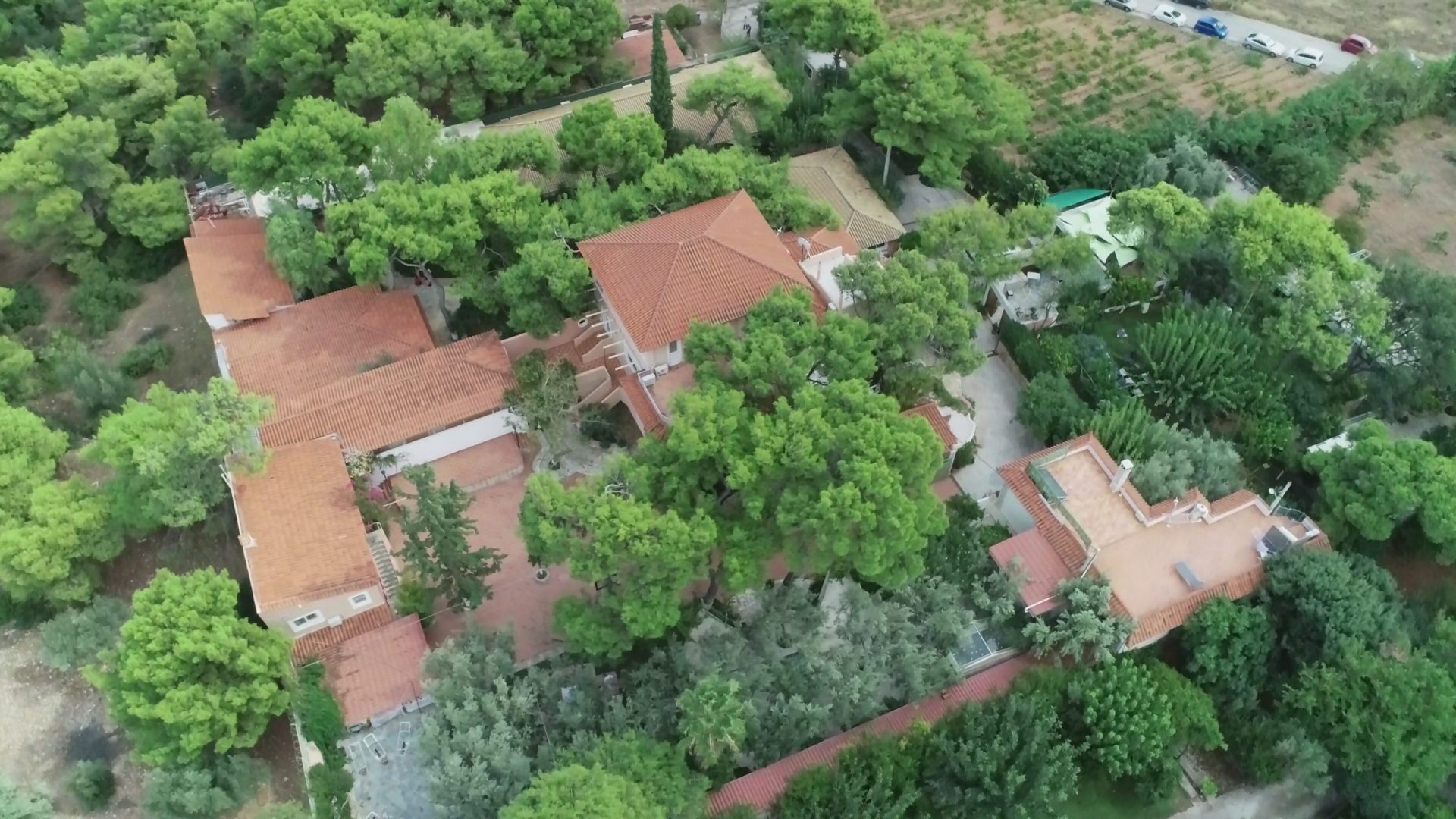 Satyanandashram Ηellas was established by Swami Sivamurti in 1977 and is based outside the township of Paiania near Athens, at the foothills of Mt. Ymittos. It comprises a residential ashram and three Satyananda Yoga Meditation Centers, in Athens, Paiania and Thessaloniki.

It was inaugurated by Sri Swami Satyananda Saraswati in 1985. During the ashram’s inauguration, Sri Swamiji named the ashram, “True – Bliss Ashram, Satyanandashram.” Sri Swamiji said he envisioned a place where, “People could work together and live together with a spirit of utter selflessness.”

All the areas have been built with love, care and attention to every detail. Upon entering the large central gate of the ashram, one encounters a hidden paradise with gardens surrounded by tall pine, eucalyptus, and olive trees. Many of the buildings are covered with pink and fuchsia bougainvillea vines and white jasmine, reminiscent of an island in the Aegean Sea.

The ashram is a non-profit organization whose aim is to spread Satyananda Yoga within Greece, as well as support the philanthropic work of Satyananda Math – Amba. The ashram welcomes and unites all people regardless of age, race, gender, class or creed. Being part of an international Satyananda Yoga family, it hosts people from all over the world. The ashram is run by seva yogis (volunteers) in the spirit of seva yoga (offering one’s time and energy for the benefit of others) and karma yoga (efficiency in action performed with self-awareness and without attachment or expectations to the activity or results from the actions.)

Programs in the ashram are varied and include core practices of the Satyananda System of Yoga such as, Satyananda Yoga Nidra®, Ajapa Japa, Antar Mouna, Chidakasha Dharana, Tattwa Shuddhi, Kriya yoga and Antar Darshan. Emphasis is on learning and living yoga on a daily basis, and putting into practice the principles, disciplines, techniques and philosophy found in the various branches of yoga.

Structured courses are also available ranging from weekend to weekly, monthly, three- monthly and nine-monthly stays. Traditional celebrations such as Guru Poornima, Sivaratri, Navaratri and Christmas and Easter are also very much part of ashram life together with kirtan, chanting, shatkarmas, Seva and Karma Yoga.

The ashram also caters for those simply wishing to come and join in the various activities and experience a yogic lifestyle in an ashram.

The ashram programs are conducted by the Acharya and resident teachers, some of whom have been teaching and living in the ashram for over 25 years, as well as by outside teachers and guest Acharyas from abroad.

The current focus on ashram programs are the Ashram Culture programs (in cooperation with the Hellenic Teachers Union) whose vision is to inspire and deepen the connection of the teachers with the Parampara as well as deepen both students’ and teachers’ experience in living a yogic lifestyle. 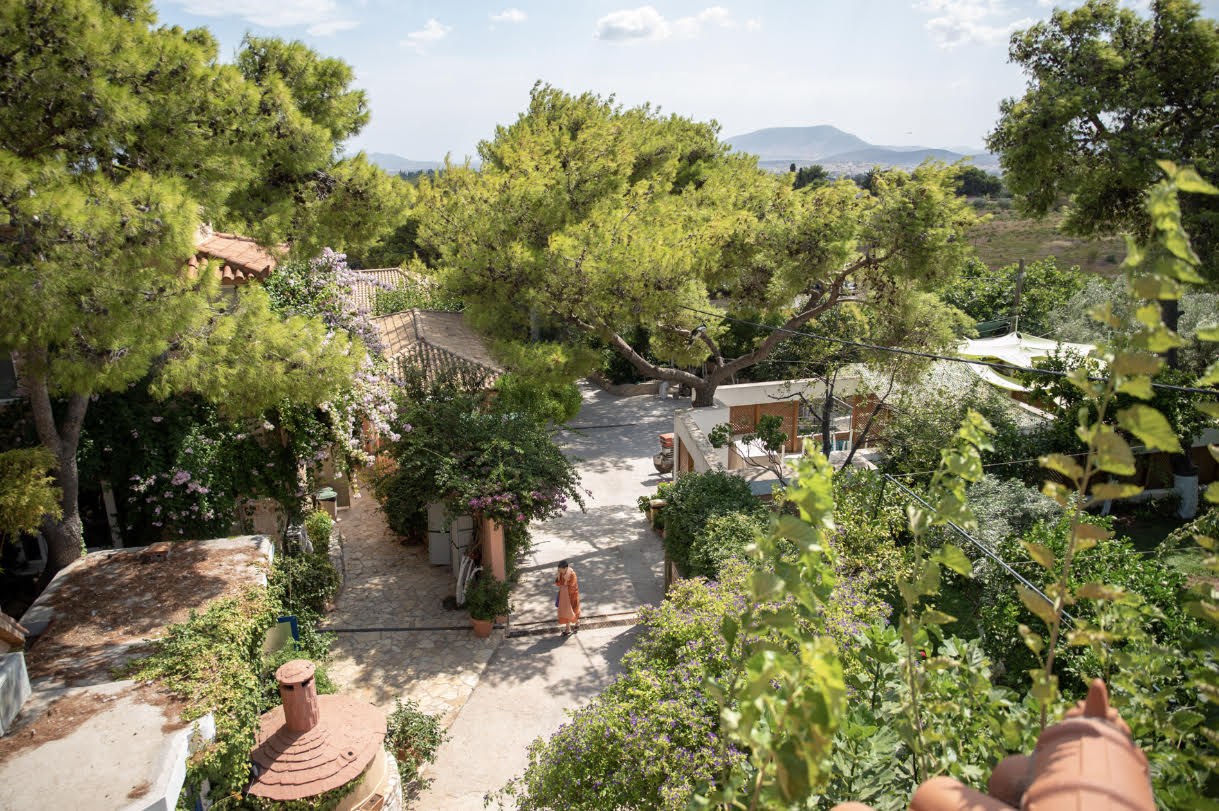 An ashram is a storehouse and generator of spiritual energy. Just as the vibrations of a tuned violin can bring all the other violins into attunement, so the sattvic nature and spiritual emanations of the ashram draws out the innate purity and dynamic spiritual energy of all who go there. Negativity turns into positivity; despair and frustration are replaced by keenness and eagerness to face life squarely.
Swami Satyananda Saraswati

The ashram discipline is to try and maintain positivity, optimism, creativity and spirituality. The personal discipline which is practiced at the ashram is to pause before responding to a situation, or a person’s behaviour, allowing oneself time to think, and then choosing how to act in each situation rather than react.